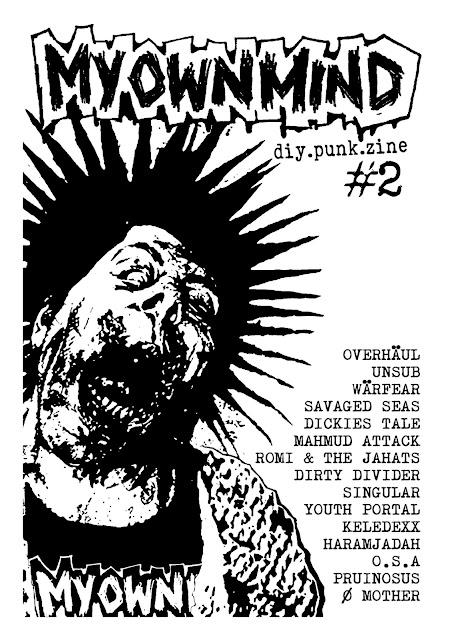 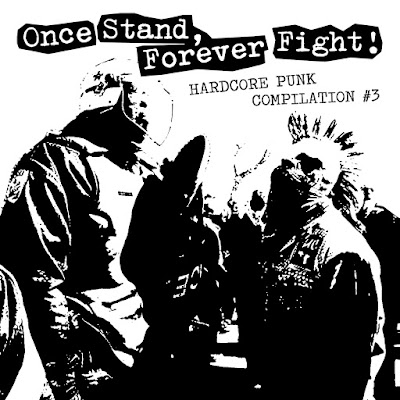 Full download comes with completed set of coversleeve + inlay. Only the bands featured have the rights to produce physical copies for selling / distribution. 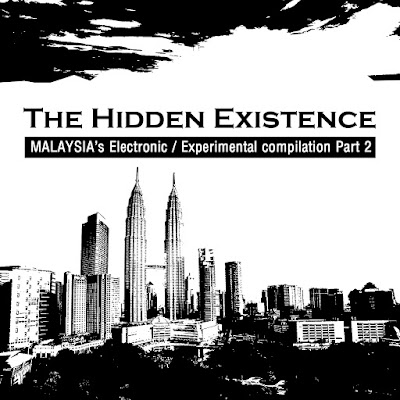 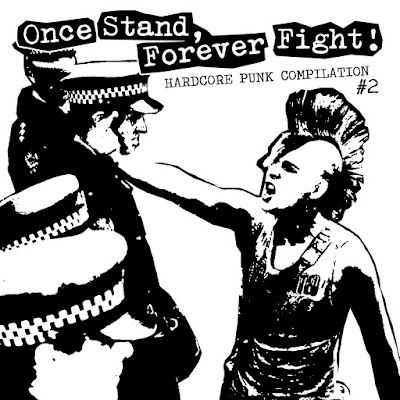 Full download comes with completed set of coversleeve + inlay. Only the bands featured have the rights to produce physical copies for selling / distribution.

Hell’s house band THE TRACY LORDS is a chaotic smash n’ grab of primordial sludge in molten tones and carwreck whiplash rhythms. With enough artfulness, drama and sadness to keep the young’uns interested and lo-fi charms for the Punk Rock cogniscenti, The Lords’ hope-crushing heaviness is inflicted with the simple MO of set up, break the audience into little pieces and get out. – Interview by Trashnoiser [28.02.2019]

[1] Hello The Tracy Lords. First of all, please introduce the band; history background and the current lineup?
The Tracy Lords is myself (Arthur Urquiola) on guitar and vocals, Dave Kerr on bass and vocals and Gabe Andre on drums. We started in late 2016 with Owen Fung on drums, who would later move to South Korea and now plays in the incredible Sludge/Doom band Gawthrop.

[3] How would you describe the music and sound of The Tracy Lords? What sort of bands that really inspired you, musically?
At the heart of it, I would call The Tracy Lords a Rock & Roll band, maybe a Punk Rock band. We were initially more inspired by Hardcore Punk bands like GLOSS, Cursed and Los Crudos, but we would later derive other elements from bands like Poison Idea, The Murder City Devils and GISM. From very early on we also sought out a crushing heaviness to our sound usually more associated with Stoner/Doom bands like Fu Manchu, Thou and Sleep.

[4] Share with us a little bit about the method you guys composing songs and recording?
Very little is created outside of the practice space. Aside from lyrics, most of the writing happens when we’re all together. We do work very quick when we’re at that stage though. We demo everything and much of that has been released. But when we do go into a studio, mostly everything is tracked live and we’re not in there longer than a day. We don’t want to waste anyone’s time or money, especially not our own. 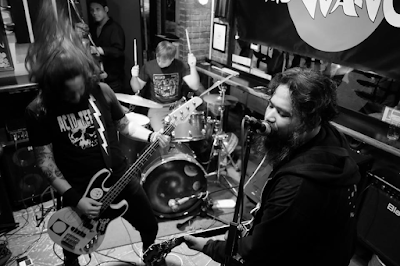 [5] I personally didn’t know much about The Tracy Lords. What have you released previously?
We released an eight-song demo digitally in December 2016. We later re-released it on cassette tape in July 2017 for the Unite Asia festival with two additional songs, as well as having two other songs featured on a commemorative compilation CD released at the fest. Later in 2017 we released a digital ep called “fuck.marry.kill” which collected the two bonus songs from our demo tape, the two songs from the Unite Asia comp and two newer tracks. Our most recent release was three songs on a split 7" with our dear friends The Squawk .

[6] Let us know further about your recent release(s), including the one you told me; a split 7" you guys did with a band called The Squawk?
The split with The Squawk was released last February and is the first Hardcore Punk split 7" to come out on vinyl in Hong Kong. It was released by our dear friends Sweaty & Cramped, a Hong Kong label that largely releases Emo and Indie Rock, but they did a fantastic job. We will have a new 7" ep coming out this year through Gods Candy Records in Canada. We wrote and recorded it between July and September last year so it came together very quick, but it sounds huge, looks incredible and we can’t wait to inflict it.

[7] How do you see this band progressed, from the beginning phase to the present stages?
Our earlier live sets were short, blunt noise attacks. Very fast and very loud but I think we have always made being tight a priority. The live experience now is still extremely intense, but our songs are more dynamic and more reflective of our eclectic tastes. Musically I’d like to think that we’ve become more ambitious without straying to far from the qualities that make us unique and that people enjoy in our music.

[8] What scope of issues and messages have been written in most of your lyrics?
Getting into Punk Rock taught me to seek out my own culture from a real early age and DIY covered everything from music, to film, to the books I read. But being 35, I’ve realised that most other people who interacted with culture more passively almost grew up in an entirely different world. I didn’t go to clubs and raves or whatever, my time was spent at record stores and Punk Rock shows and making my own music. This comes through in my writing along with the fact that Hong Kong is a place that doesn’t put a lot of stock in preservation, so the record stores, music venues and pretty much all the small independent businesses I used to love are gone. These factors mean that people who came from the scene I came from, who are now around my age, can’t get too nostalgic. There aren’t a ton of people who share the same memories we have and it’s easy to feel “aged out” of culture unless you’re actively involved.

[9] Do you think that Hong Kong one of the best country to live and stay in? How does the music (punk/hardcore/noise/grind/metal) scene look like over there?
Hong Kong’s one of maybe three or four cities in the world I’ve found where I can always just walk out the door without a plan and find plenty to do. It’s very safe so staying out late was never really an issue. As far as Punk Rock and Metal goes, the scenes here are really small and a band like us can really only find a much larger “scene” of like-minded bands and friends regionally. The Unite Asia website is started here and is all about connecting scenes around the region. The administration here isn’t at all supportive to live music, but that’s made having a DIY approach absolutely crucial for bands to get anything done. It’s real common here for different kinds of acts to also play together because of this and everyone works together to make things happen for themselves and for small, independent acts passing through. For example, the experimental music/noise scene embodies this perfectly. Everyone involved is extremely hard working, self-sufficient and organised, there are regular events and foreign acts are always passing through. 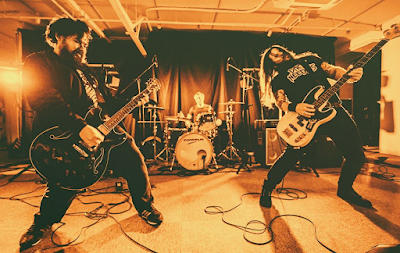 [10] Have you guys playing live in gigs and making tours?
We have played many live shows at this point but we don’t really perform regularly. I’ve found it’s easy to play the same one or two venues once a month to the same people and the same other bands. From very early on I think we wanted to have different kinds of experiences playing live at different types of shows. While we’re not a political band, part of the reason we’re so selective is also to show support for smaller, DIY promoters and spaces and share bills with other bands that work at a grassroots level. While it’s never really an option for a band like us, I’d like to think that we would be apprehensive about playing at a shopping mall, or being some cultural affectation at a corporate gathering just to show how eclectic and “whacky” the organisers and company behind the event are.

As of yet, we have not traveled with this band. It’s something we would really like to do, especially with thriving the Punk Rock, Noise and Metal scenes around Asia that are probably more receptive to what our band does.

[11] What more could we expect from The Tracy Lords in the future?
I’m not sure when this interview will be published, but we will be supporting the legendary Hardcore band NEUROOT from the Netherlands in April. That’s actually our first show for 2019. The new ep is coming together, but part of the delay could be due to my elaborate ideas for the vinyl and packaging. Either way we hope that it’ll be released sooner rather than later. We like to commemorate these things with parties as well, so we’re hoping for a launch party since the one we did last year for the split 7" with The Squawk was one of the most fun life-affirming shows I’ve ever played.

[12] What is “punk” in your own mind?
Punk Rock to me is DIY at its core. It’s the entire paradigm for all the culture that has enriched my life and shaped me as a person. Some of the most enduring and important friendships I have are with people I met as a teenager at Punk Rock shows or through playing in Punk Rock bands with. To this day, Punk Rock continues to not only bring profoundly inspiring art to my attention, but it also connects me with the kind hearts and inspiring minds behind some really great work.

[13] Thanks for your time. Last words please?
Step out of your comfort zone at least once today to seek out new art, music, literature and experiences and let it change you. 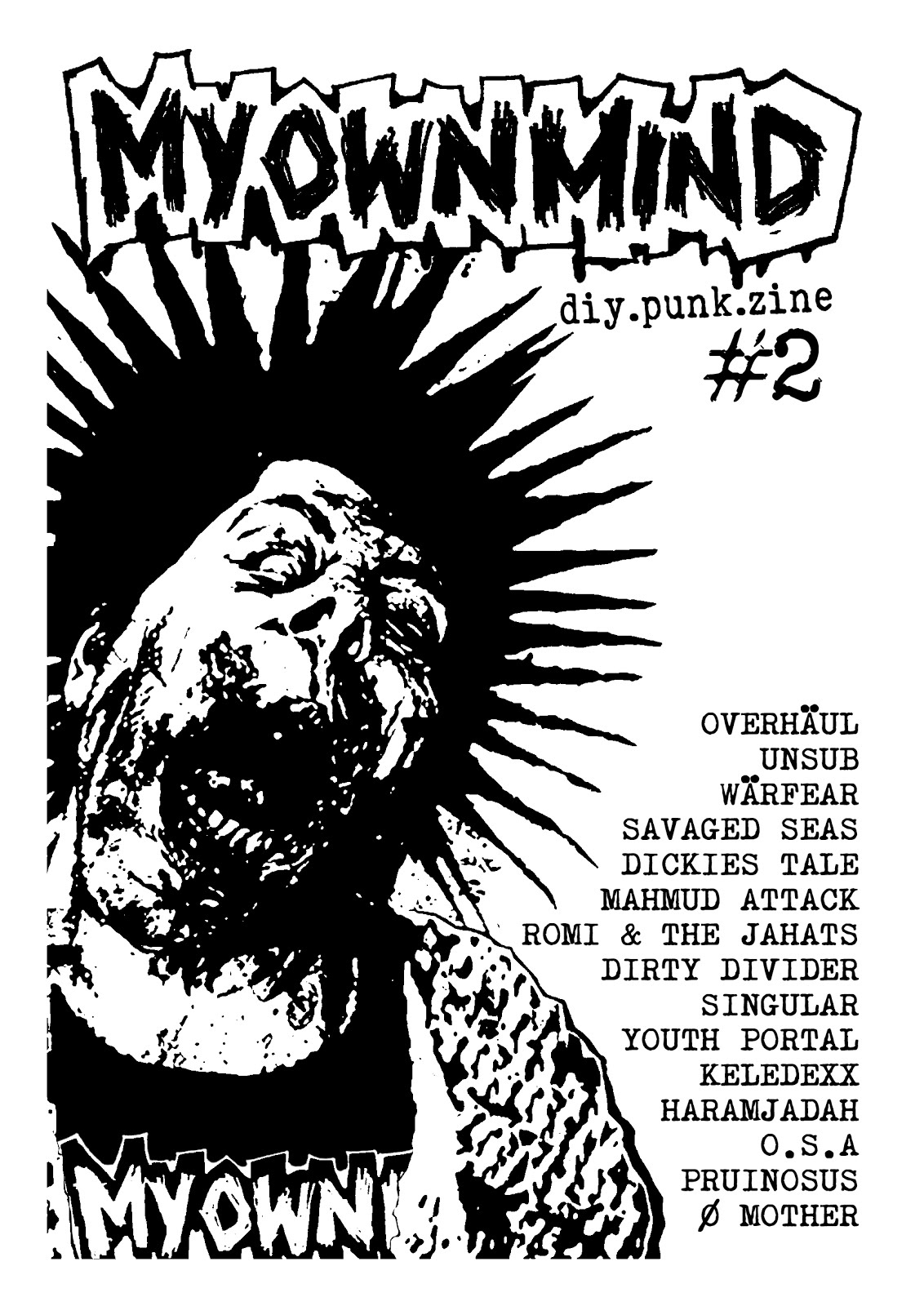